The agricultural roots of economic growth

Did agricultural diversity in mid-nineteenth-century America lead to today’s higher standards of living? 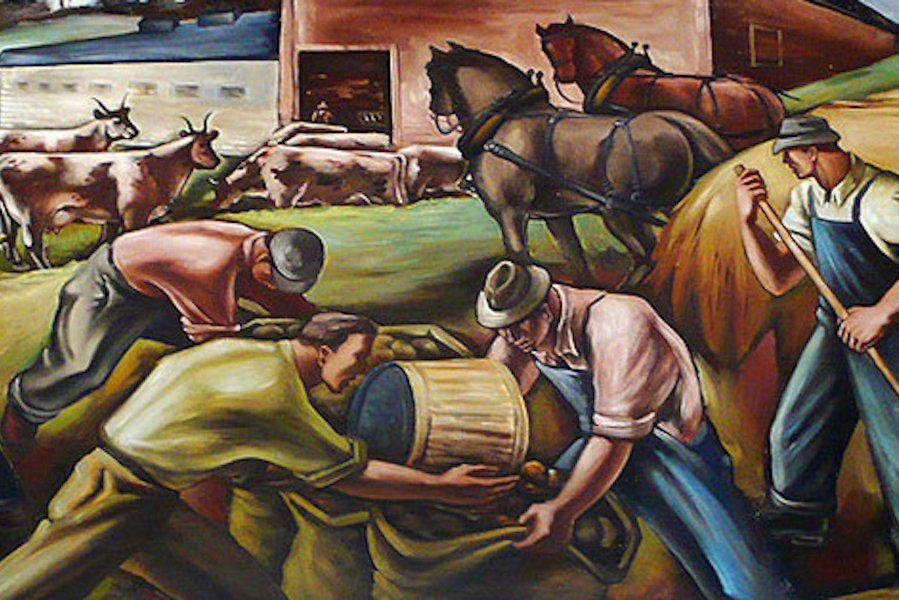 Industrial societies have existed for little more than 200 years, but have quickly become the richest in history. Economists widely agree that technological innovation was key to this unprecedented growth.

Yet the roots of that growth may lie even deeper in the agricultural societies that gave rise to modern economies, according to a paper in the American Economic Journal: Macroeconomics. Author Martin Fiszbein found that agricultural diversity in America before the Second Industrial Revolution played an important role in the country’s long-run development.

While the effect of past agricultural diversity on the present has remained understudied, according to Fiszbein, there has long been a suspicion that the output mix of economies has an impact on development.

To understand the stark differences we see today in levels of economic development, we need to study the differential paths of development in terms of skills and technologies.

“In more diverse economic environments, there is more likely to be a dynamic process of acquisition of new ideas and skills,” Fiszbein told the AEA in an interview. “If there are more ideas floating around, then there is a higher likelihood that a new idea will come up by combining multiple other ones.”

Similarly, if there are complementarities across skills, then the return to investing in new skills that complement existing ones is going to be higher. And a workforce with a more diverse skill set—as a result of producing a wider array of things—may also enhance the formation of new skills, which can again lead to long-term growth.

However, there may also be downsides to producing many different types of goods. In particular, an overly diversified economy may forgo gains from comparative advantages or economies of scale.

Fiszbein analyzed the net effect of US agricultural diversity in 1860 on population density and per capita income in 2000, using a measure of diversity based on crop-specific potential yields at the county level. This approach, based on instrumental variables, ensured that the causal estimates of actual diversity were driven purely by climate variation across locations instead of other factors also correlated with long-run growth.

The cumulative benefits of diversifying
The chart below shows the effects of 1860 agricultural diversity on the log of population density and the share of population in manufacturing at different times, controlling for state fixed effects and geoclimatic conditions. The vertical blue bars are the 95 percent confidence intervals. 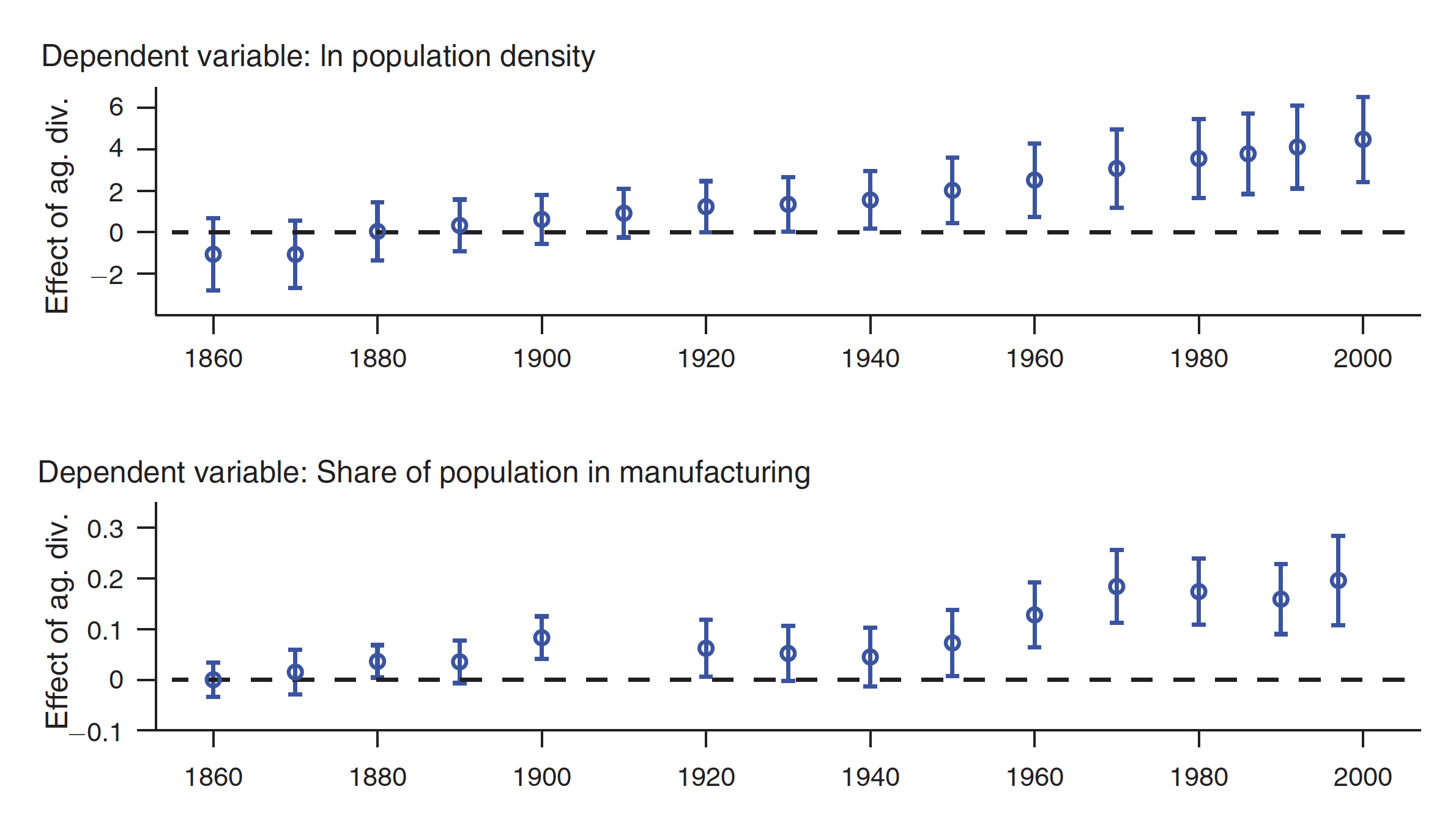 These benefits accumulated over time as diversity in agriculture—as well as induced diversity in manufacturing—favored various innovations that could then be recombined. A salient illustration of technological recombination comes from agro-processing activities: technological insights from flour mills, meat-packing establishments, breweries, and canning were all incorporated in the development of assembly lines at Ford Motors, a key innovation in industrial production at the time.

In line with the anecdotal evidence, Fiszbein corroborated that at the county level agricultural diversity increased industrial diversity, patent activity, and the shares of manufacturing workers employed in knowledge- and skill-intensive industries in the decades following the onset of the Second Industrial Revolution.

The results shed light not only on the links between sectors of the economy, but also the links that have led to economic progress.

“To understand the stark differences we see today in levels of economic development, we need to study the differential paths of development in terms of skills and technologies,” Fiszbein said. “So it's important to pay attention to the structure of production and how that may shape the economic environment, investment opportunities, and the level and distribution of income.”

“Agricultural Diversity, Structural Change, and Long-Run Development: Evidence from the United States” appears in the April 2022 issue of the American Economic Journal: Macroeconomics.

The road to the Industrial Revolution

How did infrastructure accelerate economic growth in the UK?

As farmers go, so goes the nation

How did agriculture help the US recover from the Great Depression in the spring of 1933?