Why do special economic zones exist? 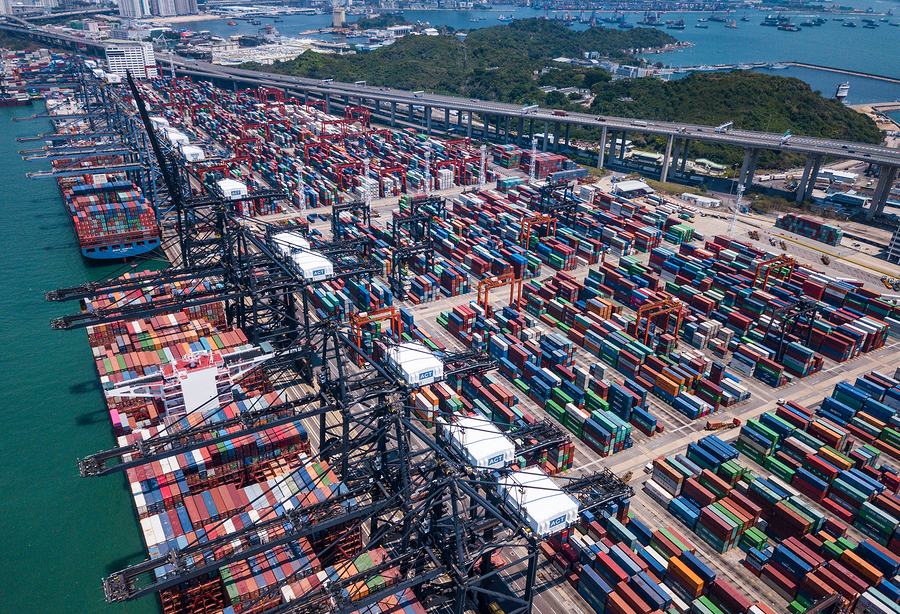 As far back as the Roman Republic, governments have set up special free-trade ports and cities with their own unique regulations and custom duties.

The economic reasons why countries make these exemptions is still a puzzle though, according to a paper in the May issue of the American Economic Review.

“They are all over the place,” author Matthew Grant told the AEA in an interview. “But it’s pretty weird. Why do they exist?”

Free-trade zones already house roughly one-sixth of all US manufacturing. And as countries start experimenting with new tariffs, more businesses may put pressure on politicians to use them.

Grant argued in his paper that these special zones are a way for politicians to make standard tariffs more efficient by exempting some importers.

They are all over the place. But it’s pretty weird. Why do they exist?

The first experiment with free-trade areas may have occurred as early as 166 BC when Rome made the Greek island of Delos a toll-free harbor. But they’ve played a role in the development of early modern states since the Hanseatic League carved out special protections for themselves in the medieval period.

Today’s free-trade areas come in a bewildering number of varieties and names—each with their own special incentives and regulations for businesses and investors.

The most familiar free-trade areas are like China’s Shenzhen special economic zone (SEZ) that helped launch the country’s unprecedented growth after 1980.

In fact, this potential for spurring economic growth is a popular explanation for adopting SEZs. However, the author’s work focuses on a new aspect: the way SEZs are used to lower tariffs for select importers.

The US was the ideal test case because it has fewer complicating factors like special labor regulations and because the US provides extensive data on its SEZs. The US version of SEZs—foreign-trade zones (FTZ)—are almost exclusively for lowering tariffs on a few industries.

For instance, John Deere can import whole tractors duty-free, but many tractor parts normally have tariffs on them. By importing parts into an FTZ, John Deere can manufacture the tractors in the US without paying the tariff on parts, then “export” tractors from the FTZ to the rest of America.

Where are FTZs?
The chart below shows the location of manufacturers in FTZs between 2011 and 2014. The most common manufacturers are concentrated in oil refining, but FTZs also house industries for vehicles, pharmaceuticals, and machinery. Using data on all FTZ applications from 2011 to 2015, Grant modeled the interaction between standard tariffs and FTZs. Importing companies were split between those who produce inputs, like tractor parts, and those who use them, like John Deere.

In his model, policymakers favor domestic producers of inputs by raising tariffs. But those tariffs hurt the manufacturers by raising input costs.

Grant found that policymakers can relieve the manufacturers who buy those inputs without lowering the price of the input on the domestic market. As a result, FTZs allow lawmakers to redistribute profits to both types of producers.

He found evidence that lobbying is at the heart of how policymakers draw the line on which manufacturers are included in free-trade zones. If duty-free imports start depressing the price of inputs, domestic producers will lobby to block applicants from joining FTZs.

In fact, when free-trade zones rapidly grew after the 1980s, companies that made protected inputs started pushing Congress to change the rules to protect them. Similarly, final good manufacturers with the strongest political ties tended to be the ones granted tariff reductions through an FTZ in the first place.

Grant also found that as the volume of protected imports increases, there is more scope for policymakers to use FTZs. This may account for their growing popularity as world trade has expanded over the last 50 years.

However, there could be dangers to relying on free-trade zones. Economists tend to think that overall tariffs are a drag on the economy, and FTZs could help entrench them.

“My concern is that they could increase the level of tariffs and overwhelm first-order efficiency gains,” Grant said.

“Why Special Economic Zones? Using Trade Policy to Discriminate across Importers” appears in the May issue of the American Economic Review.

Tariffs and tearing up trade agreements

What would ending NAFTA and Brexit do to car industries around the world?

The price tag for the trade wars

How much did the 2018 tariffs raise the cost of imports?